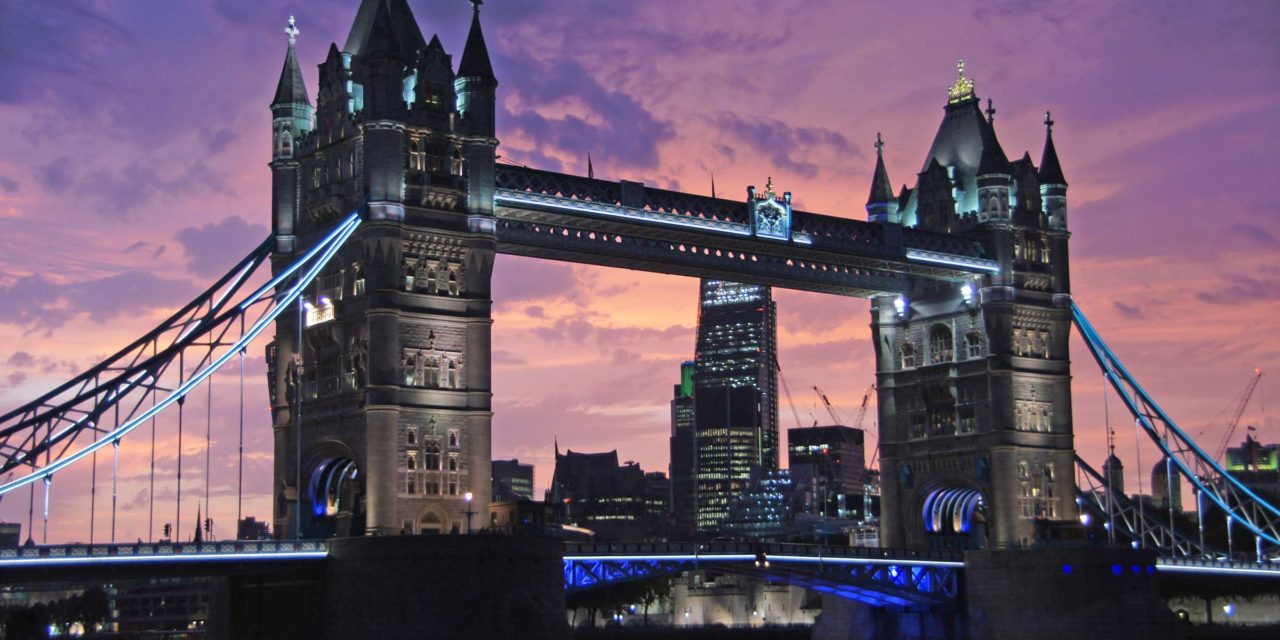 1. You think you know Big Ben? 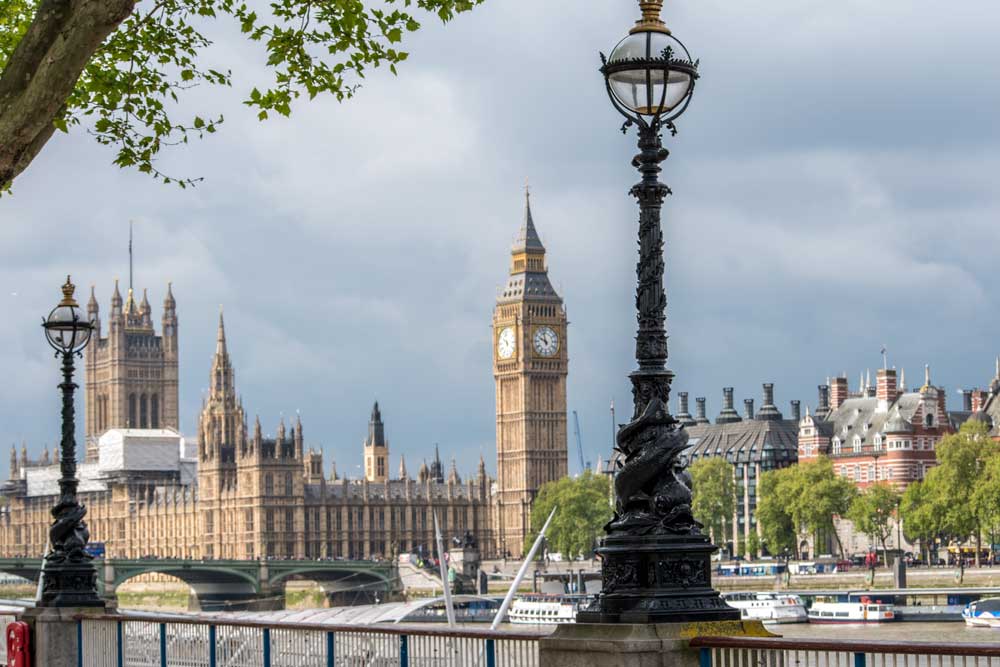 The first of my interesting facts about London is about the most iconic landmark in the city. While everyone in the world knows what Big Ben is, very few people know this is not its real name. That’s right, the tower’s original name was – “The Clock Tower” while “Big Ben” is the name of the bell inside it. It 2012, the tower was renamed to “Elizabeth tower”, but everyone still refers to it as Big Ben.

2. It is illegal to enter the Houses of Parliament wearing a suit of armor 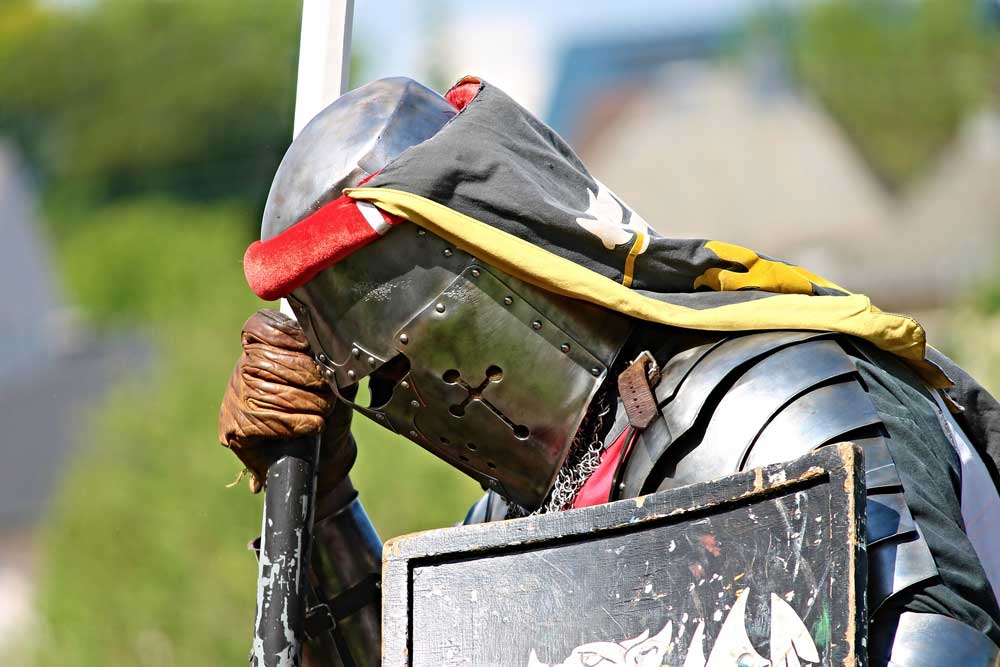 Enacted in 1313 and never removed to this day, the act decrees that “in all Parliaments, Treatises and other Assemblies, which should be made in the Realm of England for ever, that every Man shall come without all Force and Armour.”

So if you are planning a visit to the Houses of Parlament, better leave your armor back in the hotel.

3. To become a black cab driver is not an easy task 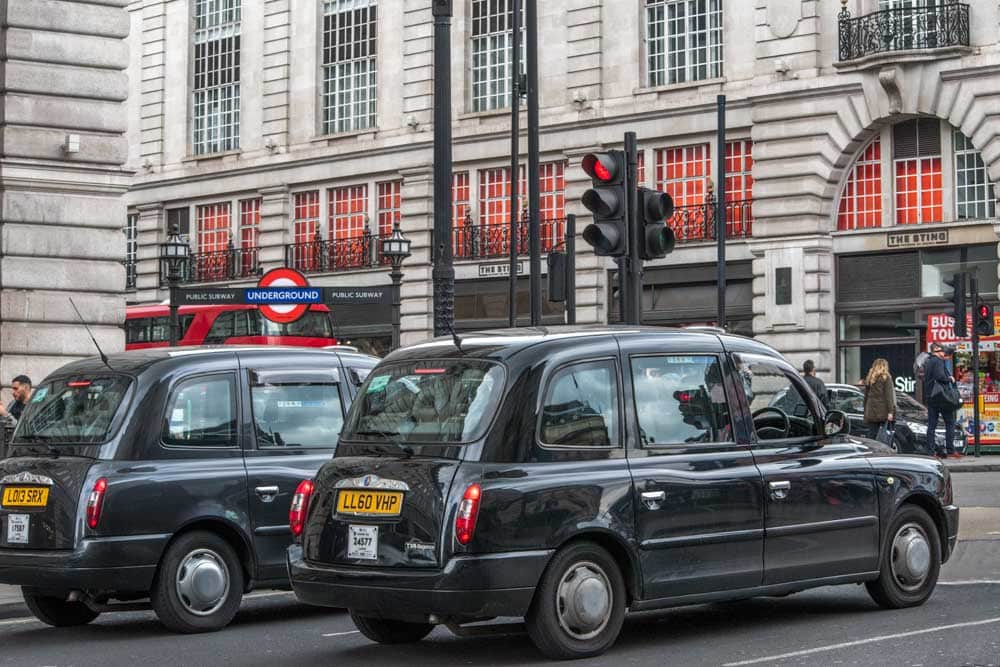 You know the iconic London black cabs? It turns out becoming a driver to one of those is not an easy task at all.

Each potential driver must complete a rigorous test called ‘The Knowledge’ which involves memorizing every single street or alley in London. Every…single…one! It took years and a lot of walks for the future cab drivers to memorize them. No wonder they charge so much. 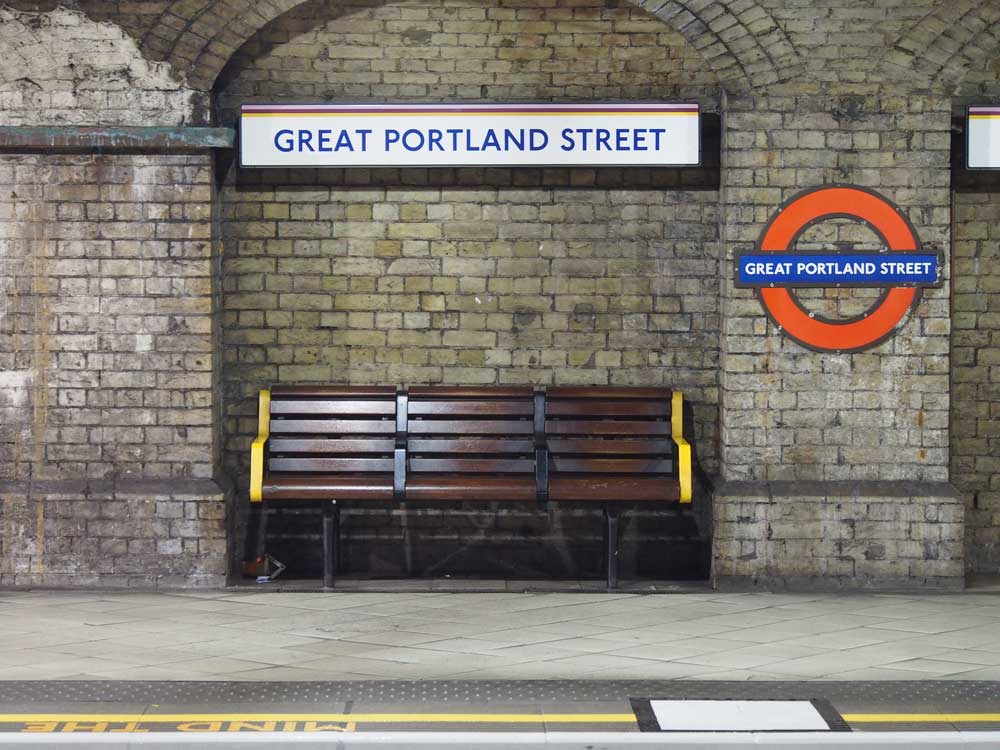 5. London has an eye 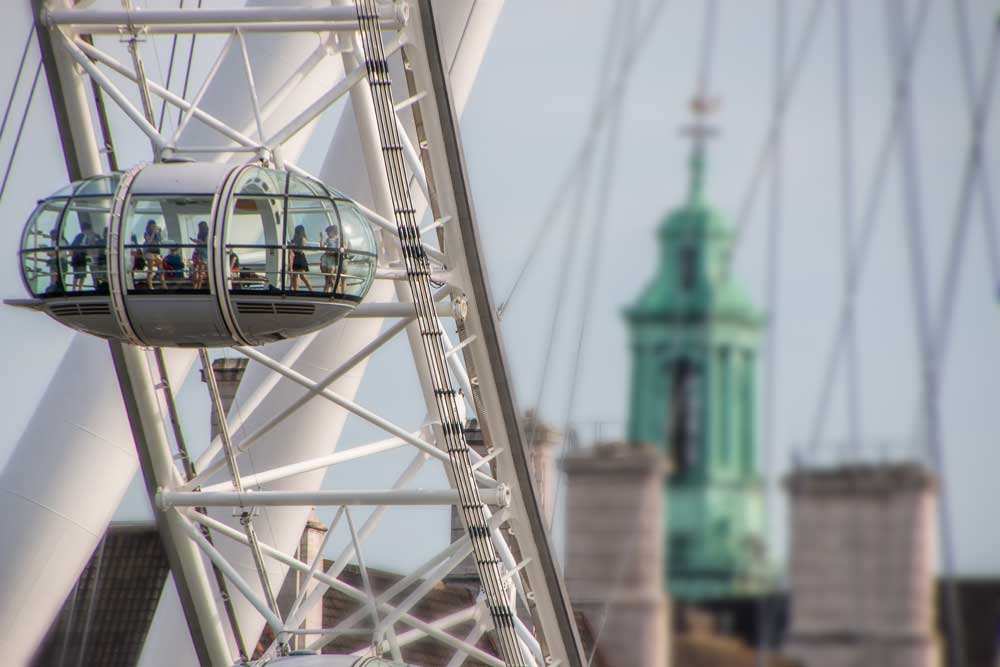 London has the highest Ferris wheel in Europe – The Eye of London. It 32 capsules can carry 800 people each rotation, which is comparable to 11 London red double-decker buses. If you are lucky to catch a clear day, you can see up to 40km from the top.

Despite there only being 32 capsules, for superstitious reasons they are numbered 1 to 33, missing number 13. 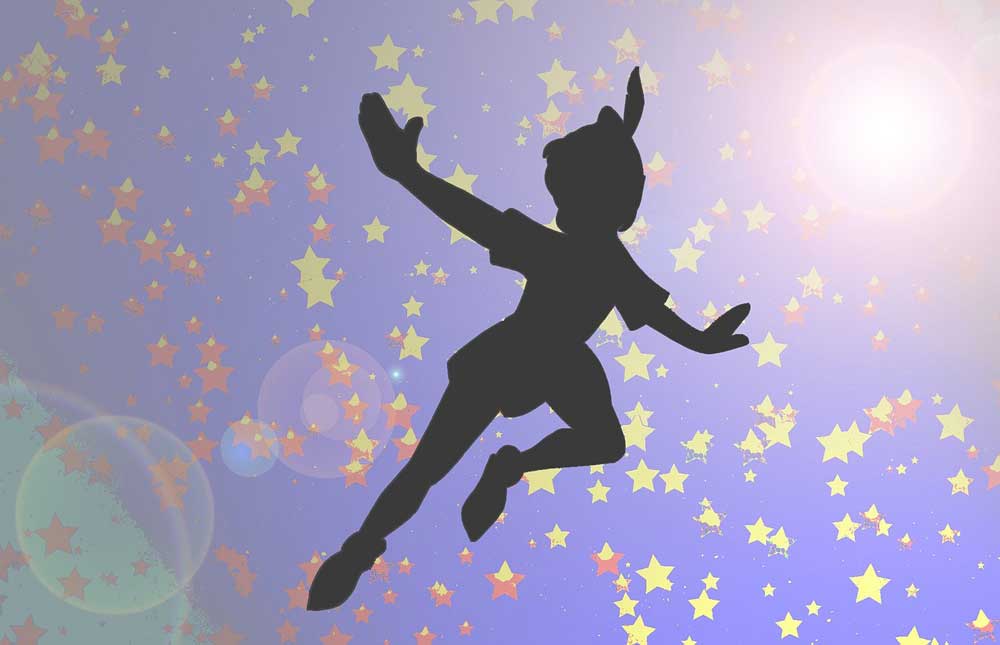 This fact about London is a cute one. In 1929, Peter Pan playwright and novelist JM Barrie was approached to take part in a Great Ormond Street Hospital committee to buy land for a badly needed new medical wing.

He replied that on principle he never lent his name to appeals, but he would see what he can do. A few months afterward he donated Peter Pan’s copyrights to the hospital. Earning millions of pounds since then, it’s safe to say this was one of the most generous gifts ever. 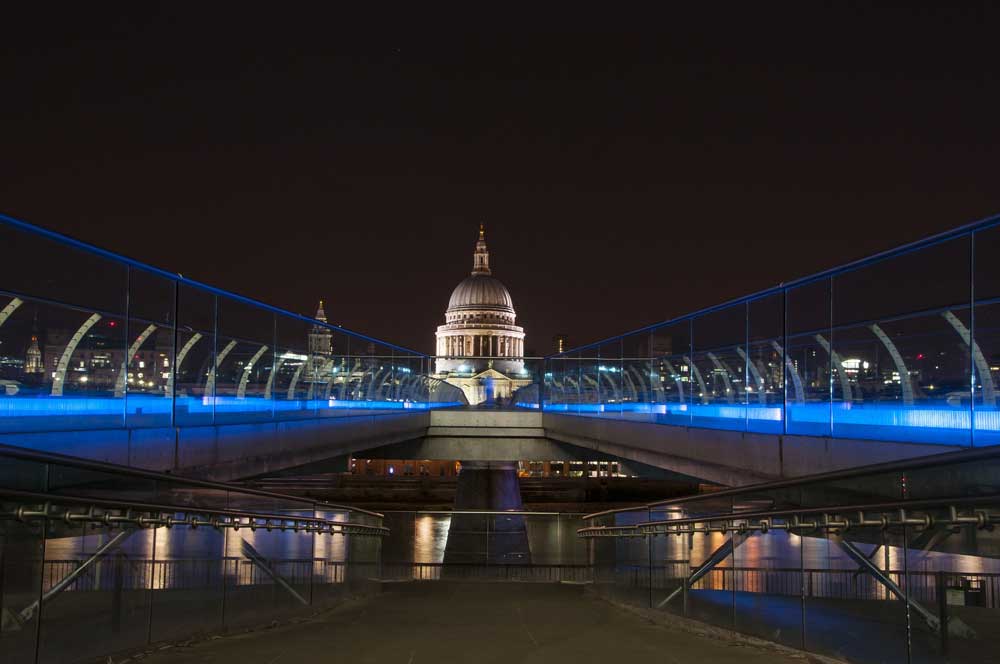 The cathedral of St. Paul is one of the most distinctive London landmarks. But do you know Sir Christopher Wren’s first design proposal for the cathedral was basically a giant pineapple?

Apparently, he saw pineapples as “a symbol of peace, prosperity, and hospitality” and thought it would be an excellent symbol for the city. Sadly it wasn’t approved so nowadays we have the regular old-fashioned St. Paul.

8. London was once the capital city of 6 countries at the same time 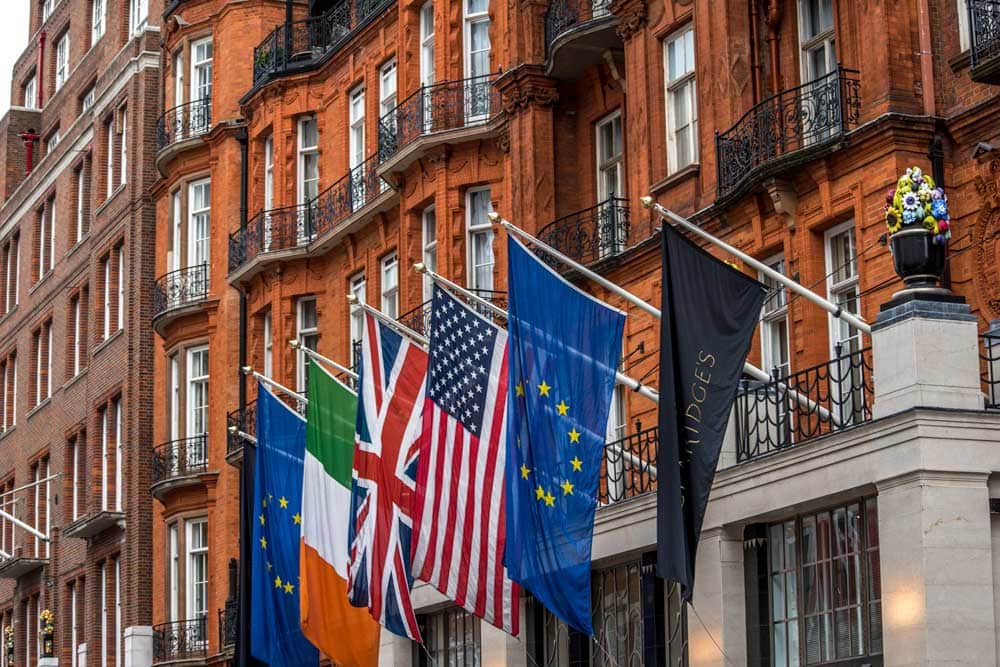 During the devastation of World War II, London was the only safe city of Europe, so the displaced governments of the countries already conquered by Germany took refuge there, making the capital of England also the capital of Poland, Norway, Holland, Belgium, and France. Must’ve been a bitter pill to take for the French.

9.  London was found by the Romans 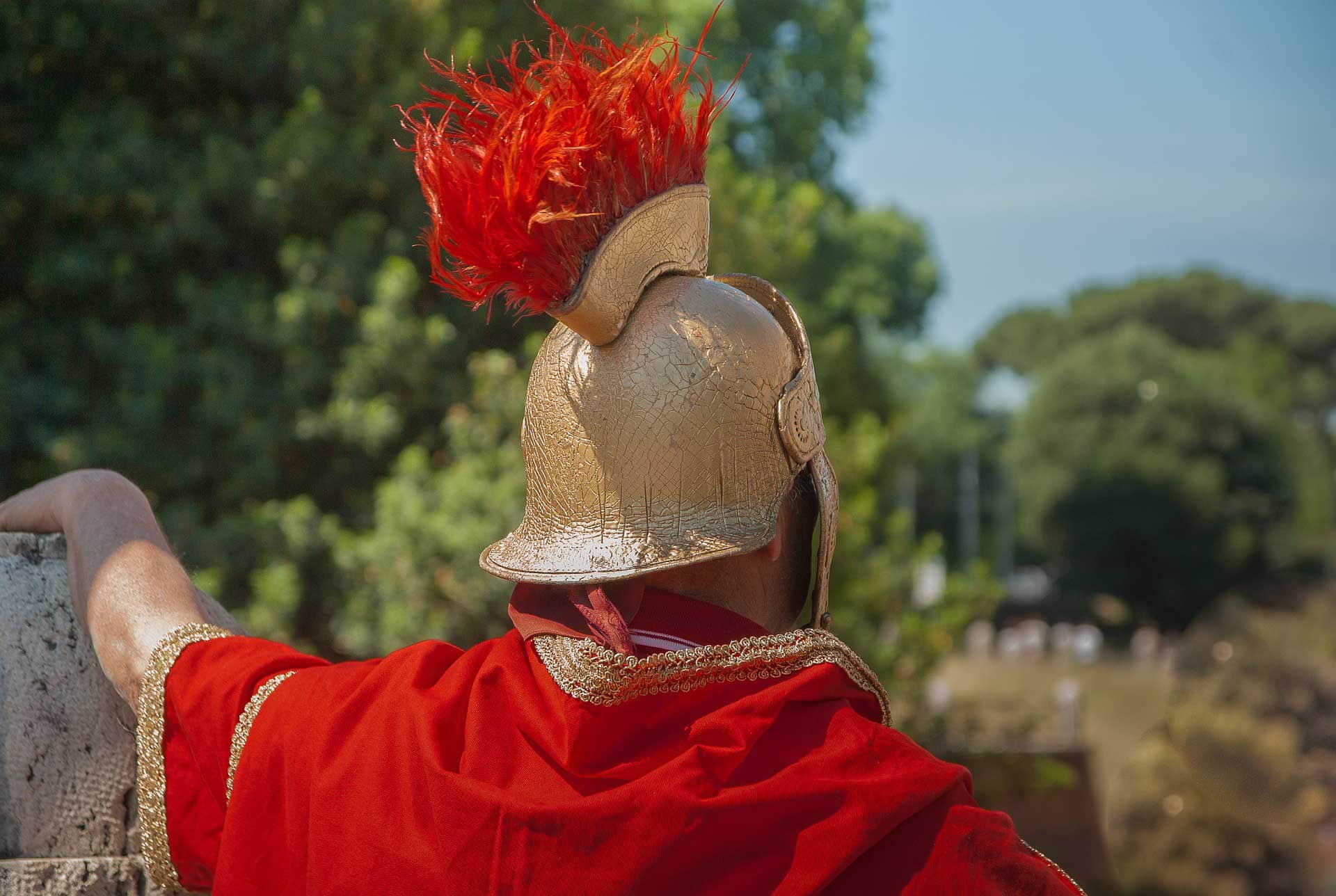 Before the Roman invasion in 43 AD, the city was just a tiny village. Once Romans conquered it, they decided it had a lot of potential and founded Londonium – a large city with a distinctive trading center and fortified walls. 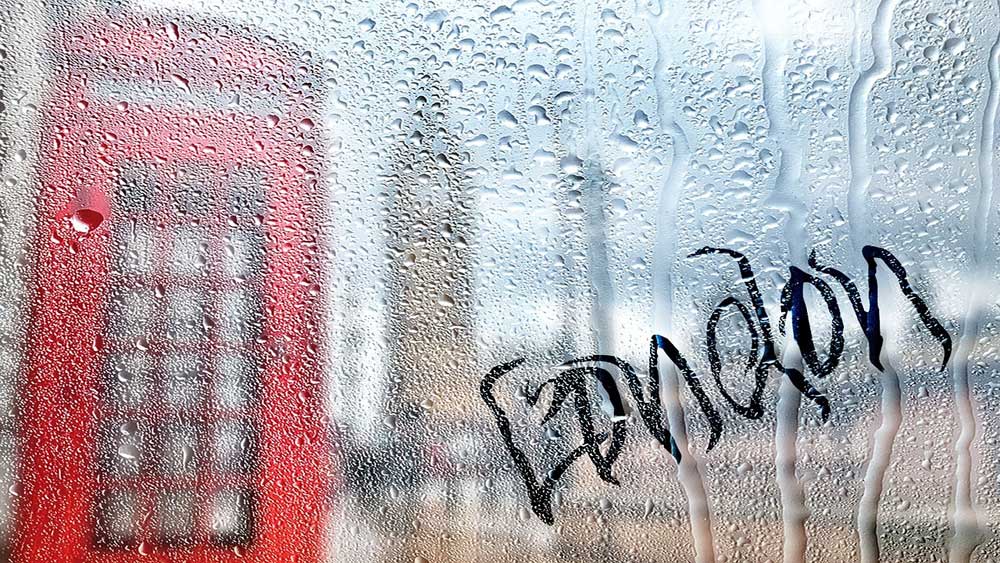 This London fact is the one that surprised me the most. We all know that the capital of England is known for its dreary, rainy weather. The reality, however, is that London gets an average of 583.6 millimeters of precipitation per year, making it less rainy than  Rome, Paris, Istanbul, Barcelona, Sydney, Miami and New York City.

The City of London is actually one of the smallest cities in the U.K with a population of just over 7,000 residents. The administrative district of Greater London, however, is home to 8.3 million people and is large enough to fit Rome and Paris.

12. Thor lives in the Tower of London 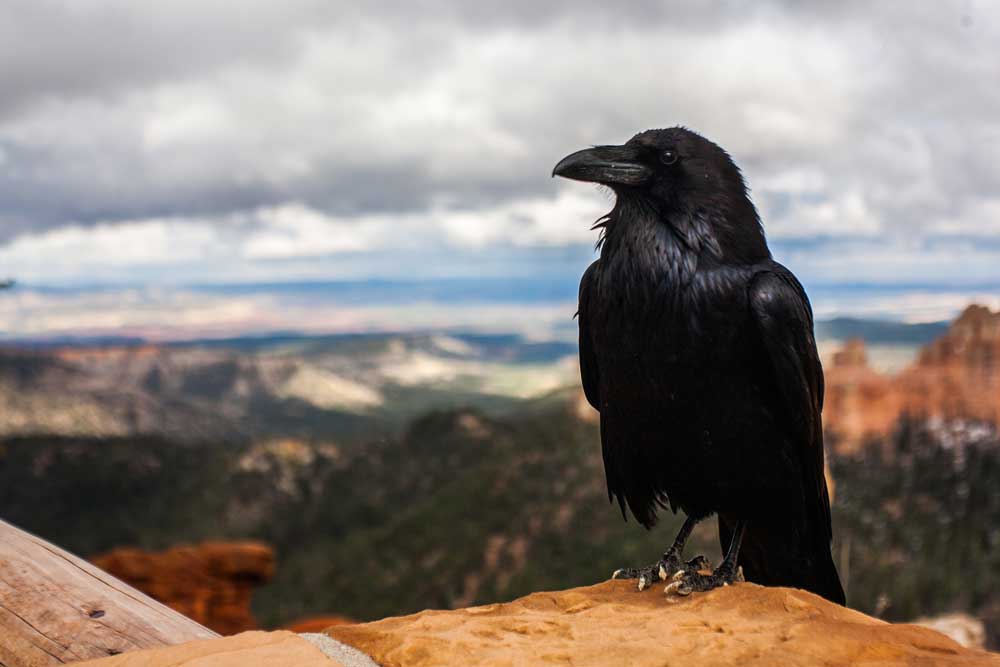 It won’t be an interesting facts list if there isn’t at least one animal fact. Do you know, for the last few hundred years, there have always been at least six ravens living in the Tower of London. The legend has it if they leave the White tower is doomed to fall, and a great disaster befalls the Kingdom.

There are seven currently, and their names are Hardey, Thor, Odin, Gwyllum, Cedric, Hugine and Munin. They even have a Ravenmaster to tend to their needs!

13. At the end of Shiteburn Lane, turn left 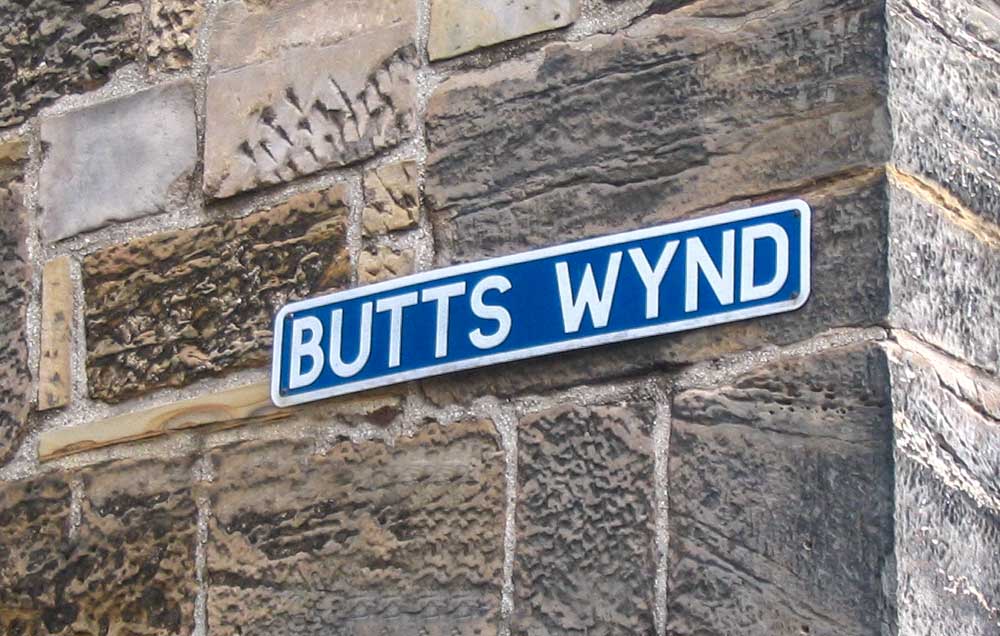 London streets used to have vivid names describing what the street is used for. In addition to the Shiteburn Lane, there was also a Pissing Alley and a few Gropecunt Lanes. 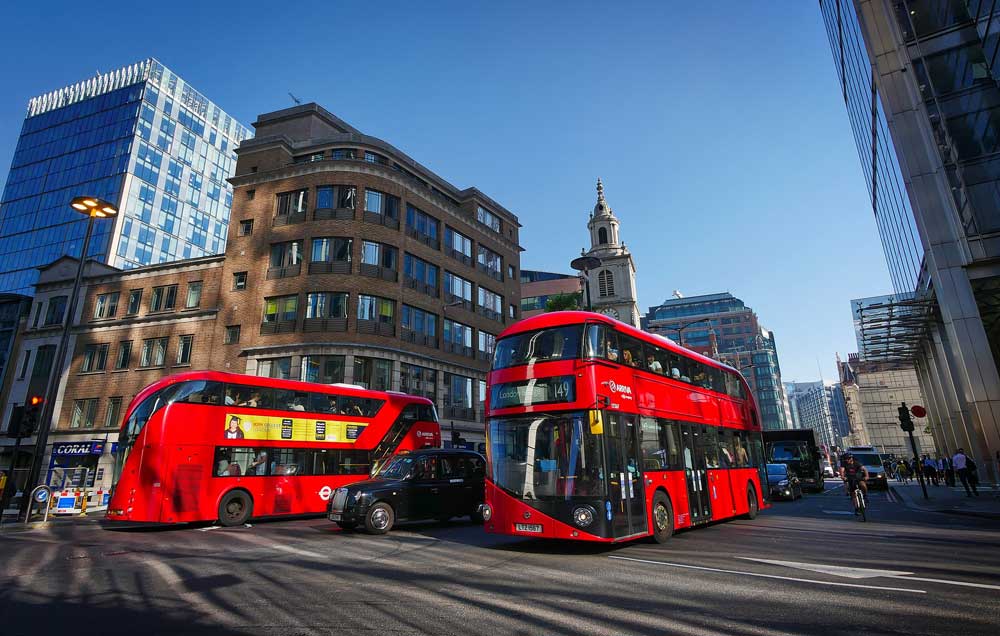 The red double-deckers are one of the most significant symbols of London today, and it’s hard to imagine them been in any other color. Before 1907 though, the different routes had different-colored buses making the streets quite a colorful place.

15. There is a reason why the Palace of Westminster is on the bank of Thames River 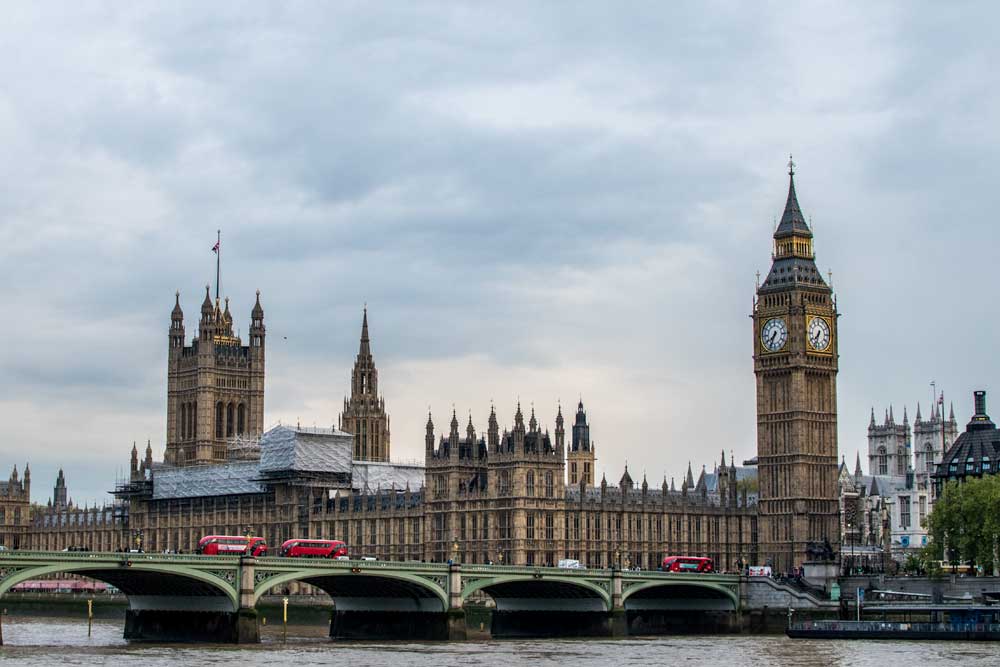 Last of my facts about London is about the Palace of Westminster.
It turns out that its position on the banks of Thames River is carefully planned. And no, the reason for it is not to look good on pictures. It was made like that so a mob can never surround it. The architects didn’t think much of their government I guess.

Have you been to London? 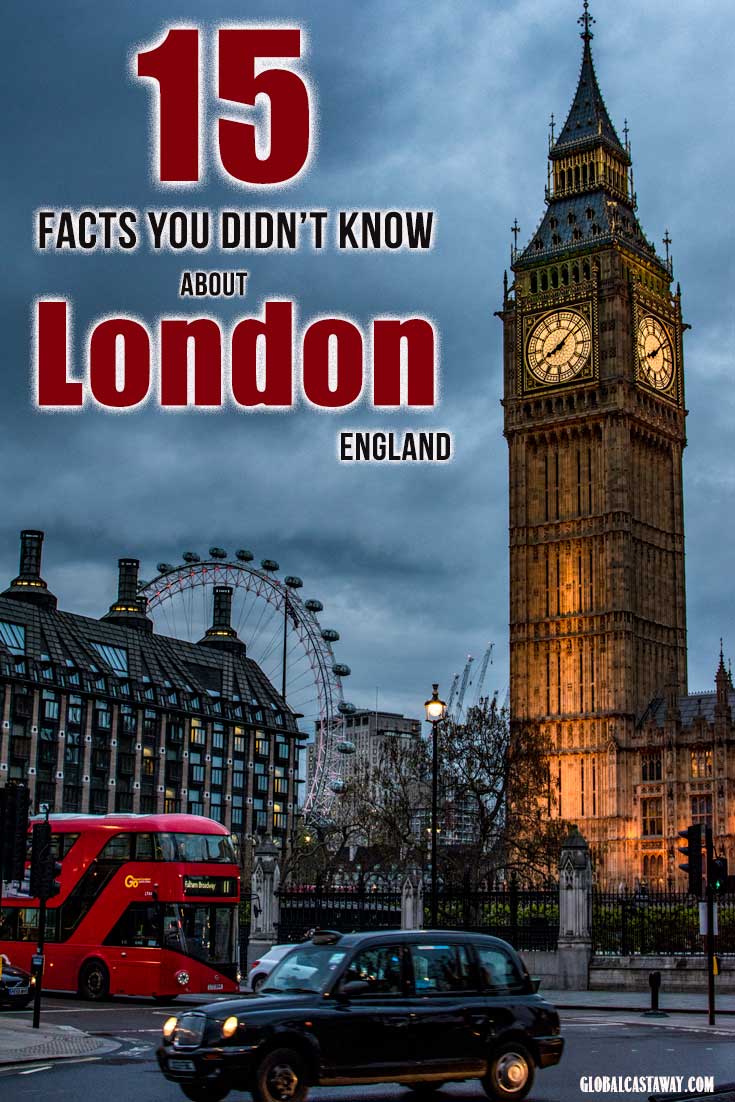